Guide to wedding venues in Wexford: in our listings you will find the best venues to celebrate weddings and other events like anniversaries, birthdays, christenings and other unforgettable special occasions. You can take a look at prices and wedding packages in addition to the best offers in wedding receptions in Wexford. 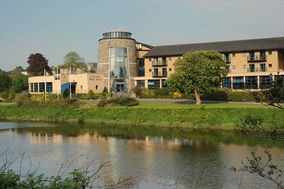 Hidden along the banks of the Slaney River the 4 star Riverside Park Hotel is renowened for its enviable wedding receptions. We offers a uniuqe location and faciliites, all combined to ensure your wedding day exceeds your wildest expectations. Imagine sitting at the head table with your closest... (Reception venue Wexford) 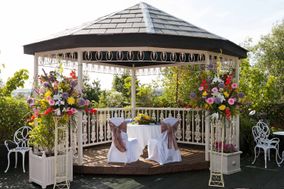 The Ashdown Park Hotel in Gorey Co. Wexford offers a luxurious and surprisingly affordable setting for your special day. Our dedicated Wedding Team are on hand to ensure your day is the realisation of your dreams. Attention to every detail ensures a lifetime of precious memories. From your red... (Wedding venues Wexford) 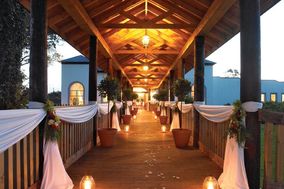 At Ashfield House, we are happy to host both your Wedding Ceremony and your Wedding Reception. All ceremonies are tailored to your requirements to make your special day one to remember. Keep it simple - arrive at Ashfield House as two people and leave us as a newly married couple - let us look after... (Venues Wexford) 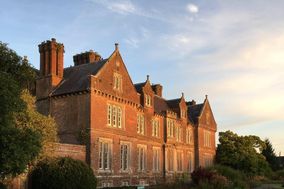 Looking for a unique, elegant and bespoke wedding day? Wells House & Gardens in Co. Wexford, just an hour from Dublin has opened its doors to host your happily ever after. Surrounded by beautiful, meandering woodland and striking terrace gardens, ideal for your wedding photographs and creating... (Wedding reception Wexford) 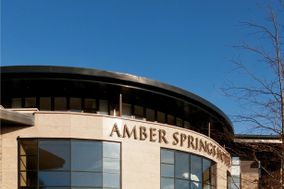 The Amber Springs Hotel is the perfect venue for your wedding day. From the moment you arrive to our exclusive entrance you and your guests will be wowed by the attention to detail and professionalism of our wedding team, who will ensure no stone goes unturned to deliver the perfect wedding day.... (Venue for hire Wexford) 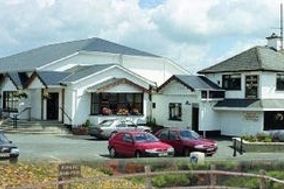 We realise the importance of the role we play in making your wedding day a memorable occasion. We will be pleased to assist you in planning all aspects of your reception. We provide a brochure containing useful tips for your wedding arrangements.We will welcome you and your guests with excellent... (Wedding venues Wexford) 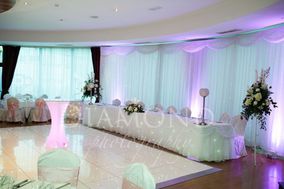 Choosing a venue for your wedding reception is one of the most important decisions of your life. Weddings at The Millrace Hotel Leisure Club & Spa in Bunclody Co. Wexford is a very special occasion and to ensure that we deliver on this we host just one wedding per day in our unique Wexford Wedding... (Wedding venue Wexford) 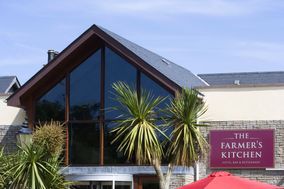 Here at the Farmer's Kitchen Hotel, we cater for weddings both large and small. With a choice of private dining areas providing facilities for up to 120 guests. All of our function areas are decorated to the highest standard, providing you with both luxury and comfort on your very special day. With... (Venues Wexford) 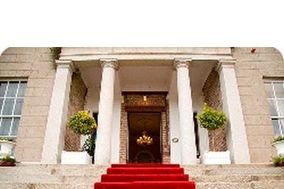 Horetown House is one of Wexford’s finest Country House’s specialising in bespoke Weddings,in the heart of the Wexford country side. We are a leading Wedding Venue, offering an exclusive service. Of course, exclusivity doesn’t have to mean expensive , compare our package to the average Hotel’s price... (Wedding reception Wexford) 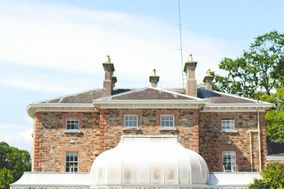 Marlfield House and gardens is truly one of Ireland’s most romantic country houses. The Bowe family and their team have welcomed guests to the magnificent house for over 39 years. Set on 36 acreas of gardens and with its elegant reception rooms and 19 bedrooms, it is an oasis of tranquility that... (Wedding venues Wexford) You will be treated to a very warm welcome, gracious hospitality and a superior standard of personal friendly service in this Wexford Hotel. Treacy's Hotel Wexford combines contemporary glamour with old world elegance perfectly located on the bustling town of Enniscorthy Wexford generating a hub of... (Venue for hire Wexford) 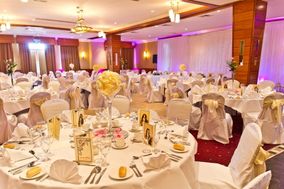 At The Upton Court Hotel we pride ourselves on great quality food and great quality staff. The combination of these two factors means that you are guaranteed that from the moment you step onto our red carpet there is nothing for you to worry about. Our Wedding Package from €25.00 offers the... (Venues Wexford) 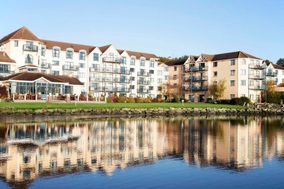 Let us make your dream come true… The team at Ferrycarrig will look after every detail from the moment you first meet to when you step onto the red carpet as Bride & Groom! Our spacious and stylish Waterfront Suite offers the very highest standard of luxury and sophistication. It can cater for up to... (Reception venue Wexford) 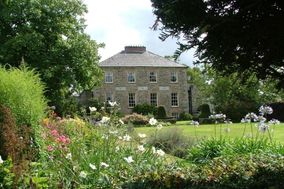 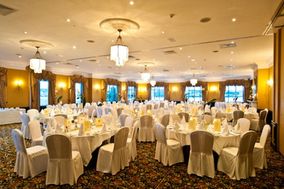 Every Wedding Reception is special, and therefore a wedding couple requires time and attention when booking. We at the Riverbank House Hotel recognise this, as it is the biggest day of any one person’s life. Every detail is discussed, options are offered and recommendations are made, but when all is... (Wedding reception Wexford) 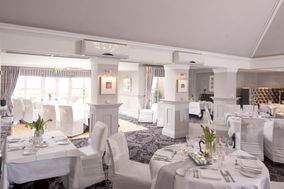 Naturally you will envision your wedding from beginning to end; where your dream reception will take place; the table setting; and what kind of food you want served. Finding a venue that can meet your every whim doesn’t have to be a stressful search. Capturing the best moments of the day is... (Venue for hire Wexford) 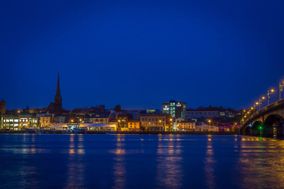 Clayton Whites Hotel, formerly Whites Of Wexford Your day is in safe hands at Clayton Whites Hotel. Congratulations on your forthcoming wedding. You are about to embark on a wonderful journey, resulting in your wedding day being one that you will always look back on with fond memories. This luxury 4... (Wedding receptions Wexford) 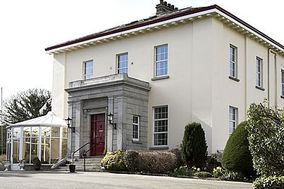 Slaney Manor is comprised of; a Manor House, a Courtyard, a restored Castle, a mud-walled cabin and twenty five hectares of farm and parkland. Slaney Manor (Barntown House) was developed by Thomas Perceval in the mid eighteenth century. Slaney Manor, situated within the castle grounds provides an... (Wedding reception Wexford) 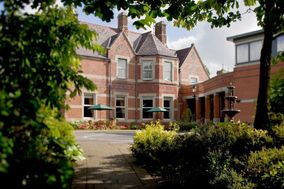 At the Brandon House Hotel we do not believe in 'conveyor belt' weddings, and we delight in making your experience as unique as possible. We also offer tailor-made conference packages. For weddings, please refer to our wedding pack or contact us directly. Our centrepiece for banqueting and events,... (Top wedding venue Wexford) 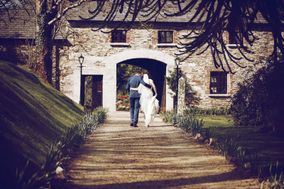 A bohemian wedding in an idyllic setting If you are looking for a wedding with a certain informality, Ballybeg is the place for you. Small intimate weddings in Ballybeg House and marquee weddings of up to 150 people are our speciality. It will be our pleasure to meet your particular... (Venue for hire Wexford) 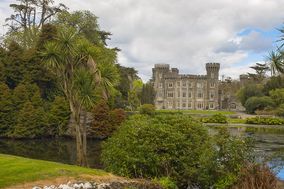 Ireland's most hidden, romantic fairytale castle can now be the venue for your dream wedding. Travel by horse drawn carriage to the gothic candlelit entrance. Rose petals and the music of a string quartet lead you to your intimate wedding ceremony in the stunning Green Room. Steeped in history and... (Venue for hire Wexford) 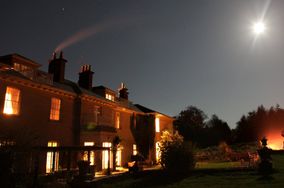 Your wedding day is one of the most important days of your life so why compromise? You want something different, something unique and most of all you want it personal. At Dunbrody this is all fulfilled - from your first visit to view this beautiful Georgian manor you will get a taste for all that is... (Top wedding venue Wexford) 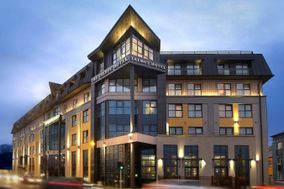 Happily ever after begins with your wedding at The Talbot Wexford Our legendary attention to detail and sheer professionalism ensure that every wedding reception is well remarked and fondly remembered. This wedding venue offers elegant style and sumptuous luxury the magnificent Slaney Suite is... (Wedding reception Wexford) 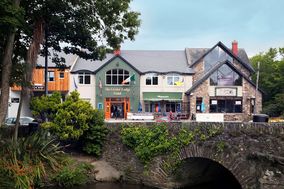 The Blackwater Lodge Hotel is now open under new ownership and Management. The Lodge has just been fully refurbished and offers comfortable and affordable accommodation. The 'Riverside Suite' is now a perfect venue for Weddings, Conferences and Banqueting. Great food and entertainment are now... (Wedding receptions Wexford) 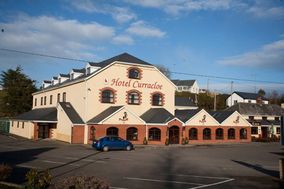 Hotel Curracloe is the ideal wedding venue, set in a beautiful location and only five miles from Wexford Town. Our Brent Suit can cater up to 300 guests. The management and staff of Hotel Curracloe will take pride in guiding you through your special day and every detail will be planned to... (Wedding venues Wexford) 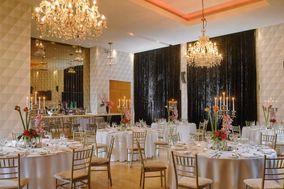 A hotel with heart. A venue with a soul. An unforgettable moment. Your wedding day is the most important day of your life - let Seafield make it unforgettable. At Seafield Golf & Spa Hotel, you'll find our attention to detail, personal service and world-class facilities help to make your wedding the... (Wedding reception Wexford) 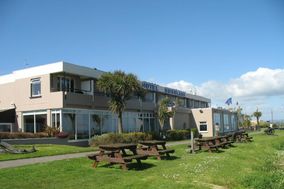 Set in picturesque countryside on the foothills of Forth Mountain, Wexford this is truly one of the finest Wedding & Banqueting Venues in the South East. As a Wexford family run hotel, we are dedicated to offering the highest quality of service to our customers, combined with a warm personal... (Wedding venues Wexford)

Wedding Venues in Wexford by Region: